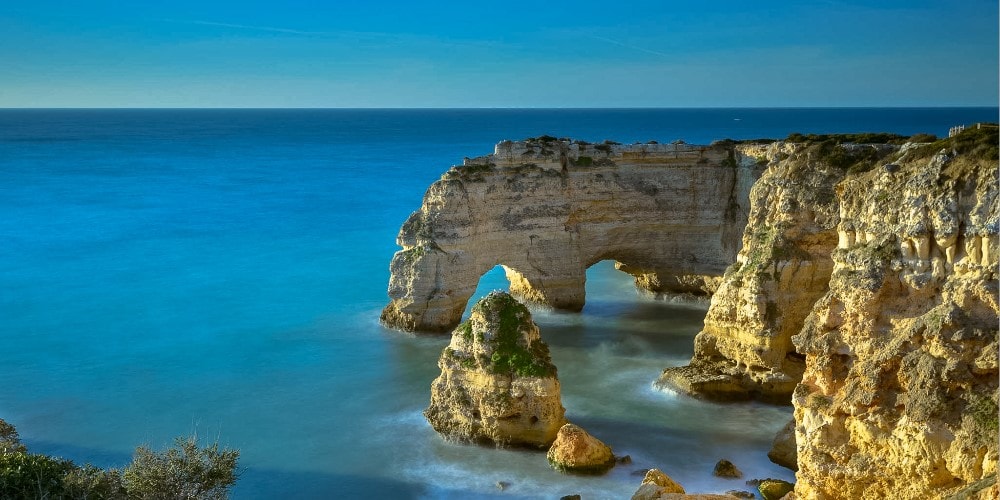 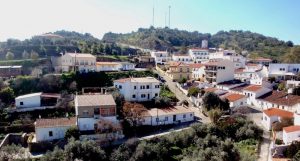 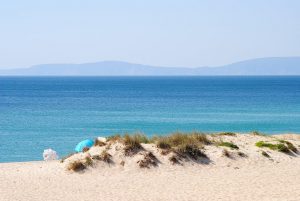 Algarve is located on the South-Western coast of Portugal

The province of Algarve is located in the very south of Portugal, 280 kilometres from the capital, Lisbon. Surrounded by the Atlantic ocean from the west and the south, the Algarve also neighbours with Spain on the east.

In the summer months, the Algarve showcases over twelve hours of sunshine per day, but these hours can drop to just five or six daily during the winter

The Algarve boosts some of the sunniest weather in Europe. Its proximity to Africa means that temperatures in this region are high in the summer and cool in the winter. Daily average highs in July hit 33 degrees Celsius, while daily average low temperatures in the coldest month of January are 6 degrees.

Unlike in Lisbon, where the wind tends to be chilly due to the city’s proximity to the Atlantic Ocean, in the Algarve wind blows from Africa, which can cause the temperature to soar. Extreme winds are very rare in the Algarve.

The Algarve is bursting with attractions for water sports lovers, including stand-up paddle boarding, sailing, and kite surfing. Water temperatures are much higher than in the beaches neighbouring Lisbon and Porto, hovering around 21 degrees during the summer months.

Buying a Property in Algarve

The Algarve property market continues to surge in popularity with each year and remains a top choice for investors looking for a place in the sun on European shores.

Some of the major selling points of the Algarve include its sunny climate, which even in winter can offer mild temperatures, and its proximity to one of the hottest city break destinations: Lisbon. Aside from this, the Algarve offers fantastic Portuguese cuisine, beautiful sandy beaches and golf courses, and great flight connections to destinations all across Europe.

Major hubs in the Algarve include Albufeira, Lagos, Portimao, Loule, and Vilamoura. Tavira is also developing a new marine project which will open up new housing options for investors in a prime location. 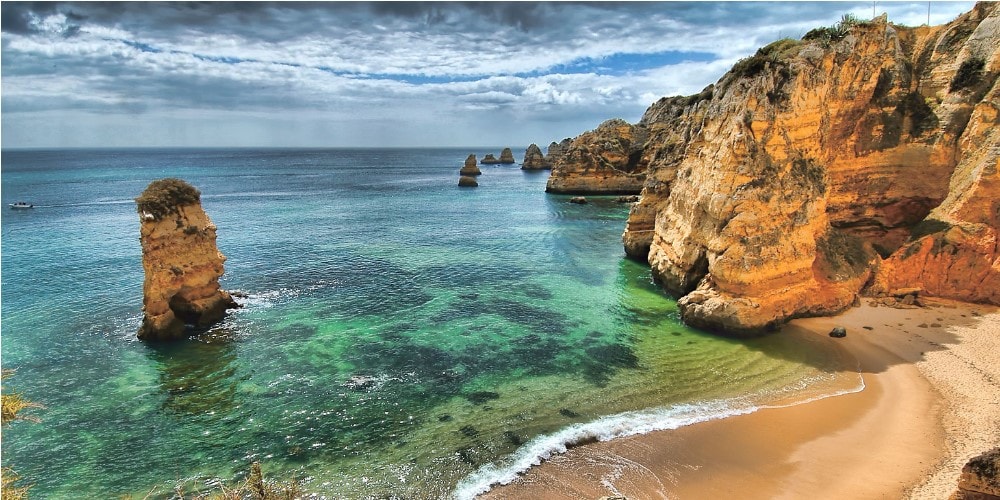 There is a large expatriate community resident in the Algarve and this part of Portugal is popular with residents from the UK and Germany. It’s also a top retirement choice for Portuguese residents and easy train connections link the Algarve to other spots in the country. 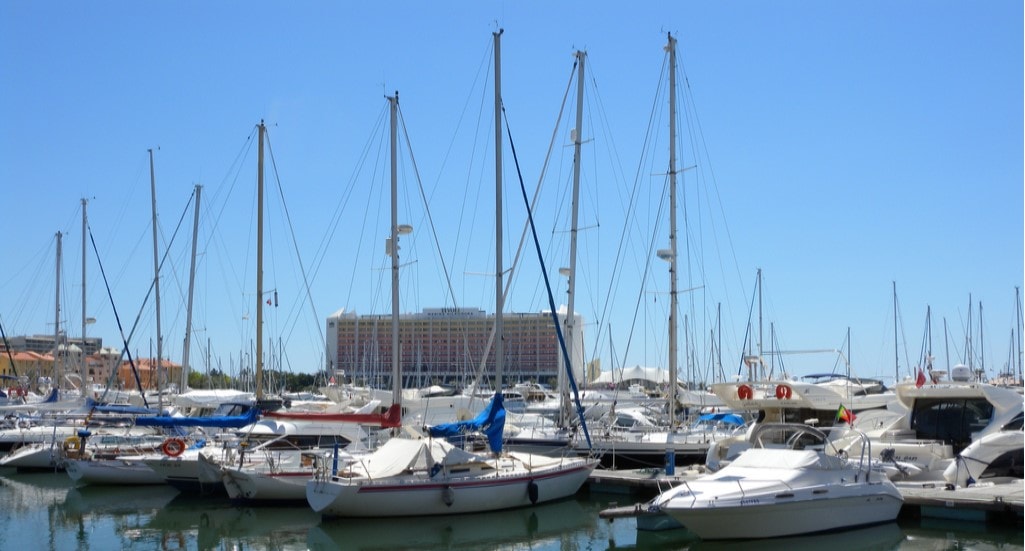 Aside from being easily reachable from the Alentejo and Lisbon regions, the Algarve is also a stone’s throw away from Spain, and the Algarve could be seen as an attractive place to be based in to explore southern Europe.

There are a number of sleepy towns in the Algarve that are well worth a day visit if you prefer to base yourself in a busier town. Vila Real de Santo Antonio is bustling with Spaniards and about as close to the border as you reach. Alcoutim is another picturesque border village, with white-washed building dotted along a stunning waterway. 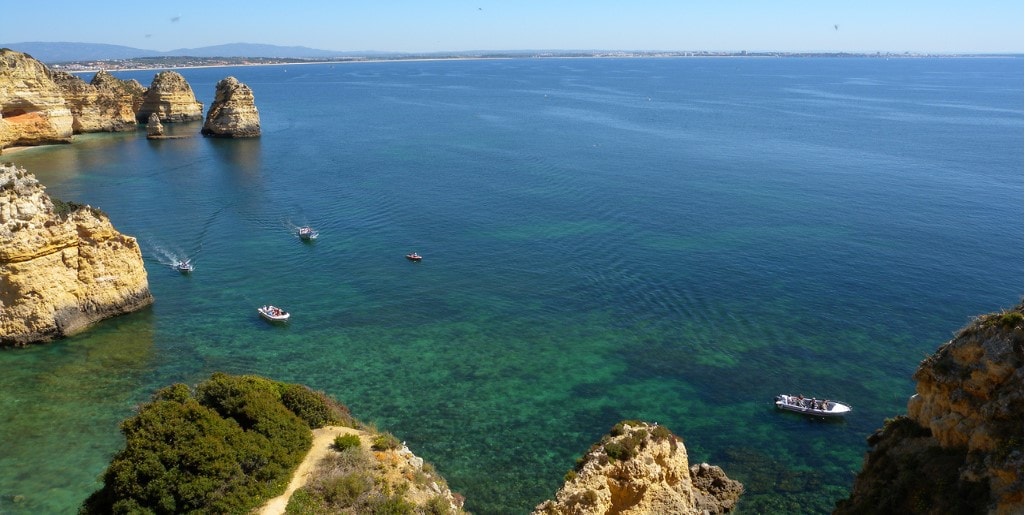 For old ruins, the Cerro do Vila close to VIlamoura will offer history lovers a glimpse of the Bronze Age, with leftovers from when the Roman occupants were in the Iberian peninsula. In Silves, a Moorish castle which dates back to the pre-Roman era is also a must-see for history boffs.

The Serra de Monchique mountain range is the perfect pick for walkers, though in the summer temperatures are likely to be too hot for climbing. Walking trails lead to the flowery point of Foia, which is the highest peak in the Algarve at nine hundred metres.

The Algarve boasts some of the very best golf courses in Europe. Some of the most high-profile include the Old Course in Vilamoura, Quinta do Lago, Vale do Lobo, and Espiche Golf in Lagos. 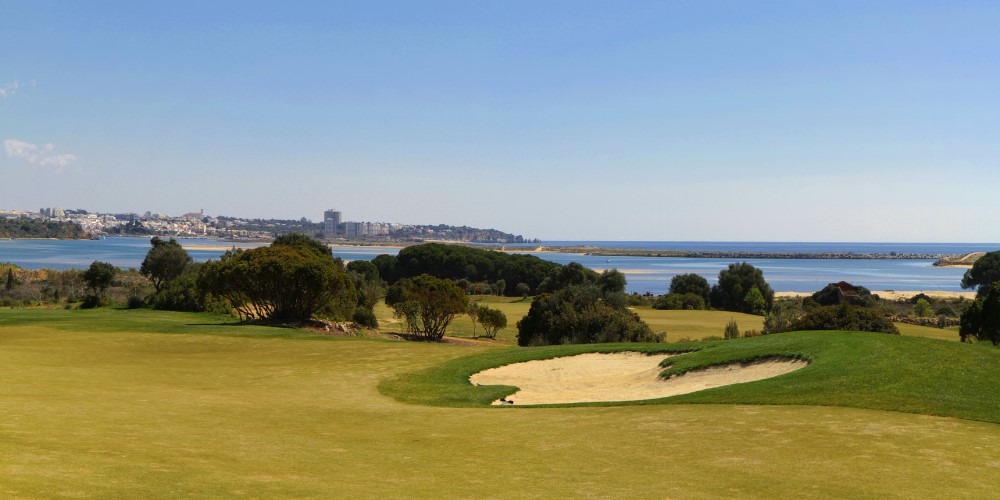 Holistic horse-riding services are also available for equestrian-minded folk. In Monte Velho horse lovers can ride away their troubles whilst combining meditation and relaxation techniques.

Getting to know the neighbourhood

If you decide to take the leap and buy a permanent Algarve property, there are a number of international schools to ensure that your children can continue their education in their native language.

The Vilamoura international school teaches children in English and Portuguese primarily, and French is also a curricular subject. German, Russian, and Mandarin are also available as optional courses.

The Nobel International School in Lagoa is also a high-quality choice which will educate your children in English and Portuguese. The school offers day and boarding options at a campus right next to the beach.

Sir Cliff Richard is the most famous Algarve resident, but other stars that holiday in the area include ex-British Prime Minister David Cameron, footballers Steven Gerard and Cristiano Ronaldo, singer Bonnie Tyler, and many more. 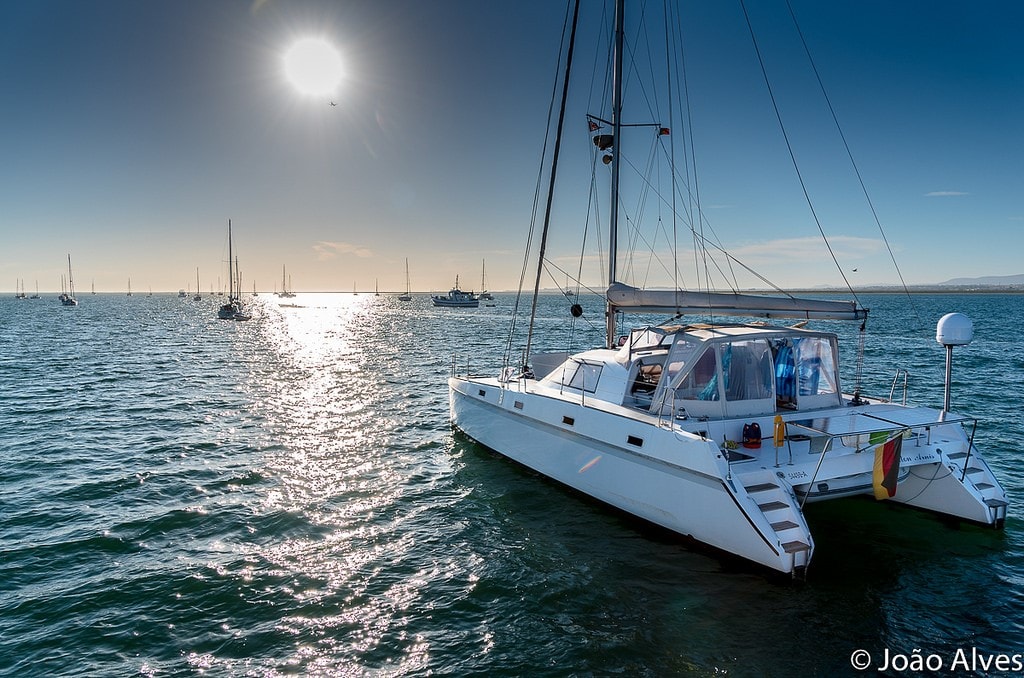 What to do in Algarve

Food lovers will rejoice at the choice of fine dining options available in the Algarve. In Faro, the largest city in the Algarve, there are thirteen Michelin star restaurants, including the two-star Resturante Ocean, headed up by Austrian chef Hans Neuner, and Gusto, the pan-European restaurant which also offers a Cuban cigar menu alongside its main fare.

Lagos and Albufeira are well known for being a hit with expatriate holiday-makers. Clubs and bars are abundant in these areas and particularly lively during the summer months. Exclusive private members clubs are also available in these busier Algarve spots.

With its sunny weather, pleasant attractions and fabulous cuisine, it’s no surprise that investors are continuing to flock to the Algarve property market. With the economy beginning to recover, there’s no better time to take the plunge.