Towns and villages of the Andratx Region 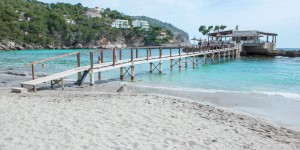 Andratx is located in the south-west of Mallorca

The South-West of Mallorca is popular with holiday-makers as it has the highest number of sun-drenched days on the whole territory of the island. The Andratx area is pleased with the abundance of sun, with 10 sunny hours per day in summer, 7-9 hours in spring, 7-8 hours in autumn and 5-6 hours of sun per day in winter.

The Tramuntana also known as Mestral, a strong, cold, wind that blows from southern France and accompanied by clear, fresh weather. It usually lasts one or two days. When other parts of Spain and Mallorca have clouds, Andratx is not affected for long, since the north-western wind quickly clears the sky. The mistral has the reputation of bringing good health as it blows away pollution from the skies.The opposite to the Mestral is the south-eastern wind Sirocco (Catalan: Xaloc), warm, short-lived, but often brings Saharan sands mixed in with rain. Andratx region is especially exposed to the Lebeche, also known as Llebeig and Garbí in Catalan, a hot southerly wind in advance of a low pressure area moving from the Sahara Desert.

The thermal variation of the water has a range of around 18-20 °C in November and 30 °C in summer. The highest average sea water temperature is usually in August, September and July.