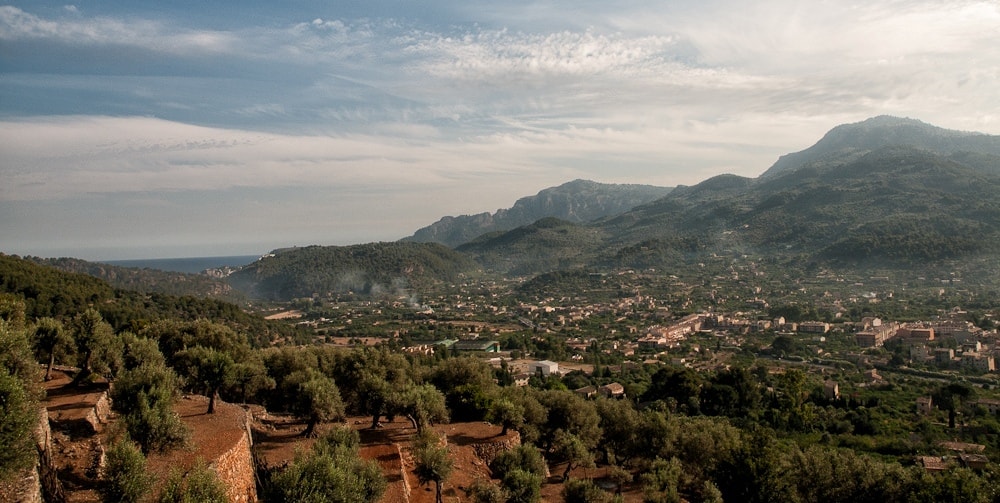 Towns and villages of the Sóller Region 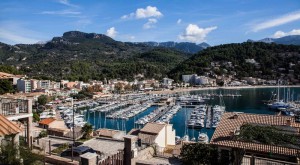 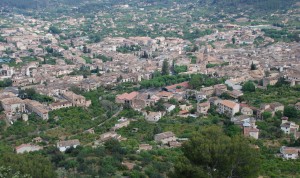 Sóller is located in the north-west of Mallorca

Like many parts of Mallorca, the region of Sóller boasts an abundance of sunny days, with 7 hours in average in spring, 6 hours in autumn and 5 hours of sun per day in winter. In summer months, you can expect to enjoy 10 hours of sunshine per day.

The weather in Sóller is peculiar to the maritime Mediterranean climate, with warm hot summers and short mild winters. August is the hottest month in Sóller with the highest temperature of 30°C and the average of 25°C, and the coldest are January and February at 4°C as the lowest temperature and the average of 9°C. The wettest month is October with an average of 63mm of rain, and the driest months are typically June and July, with the 11.5mm of rain.

The area is sheltered from the Nordic Tramuntana wind by the mountains of the Sierra de Alfabia range. Especially, it protects the area from the cold and wet sea winds that blow during the winter. In summer, a local wind of the Embat, created by heat rising from the island, is drawing a pleasant cool breeze in from the sea.

The thermal variation of the water has a range of around 21°C in autumn and 23.6 °C in summer. During the winter, it drops down to about 15.6 °C. The highest average sea water temperature is usually in August, September and July. The best month for swimming in the sea is in August when the average sea temperature is 25°C.