Northern gem of Ibiza & gateway to the most idyllic bays

Towns and villages of the Sant Joan de Labritja Region 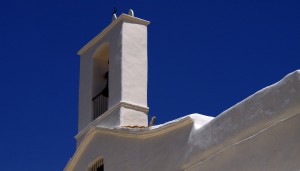