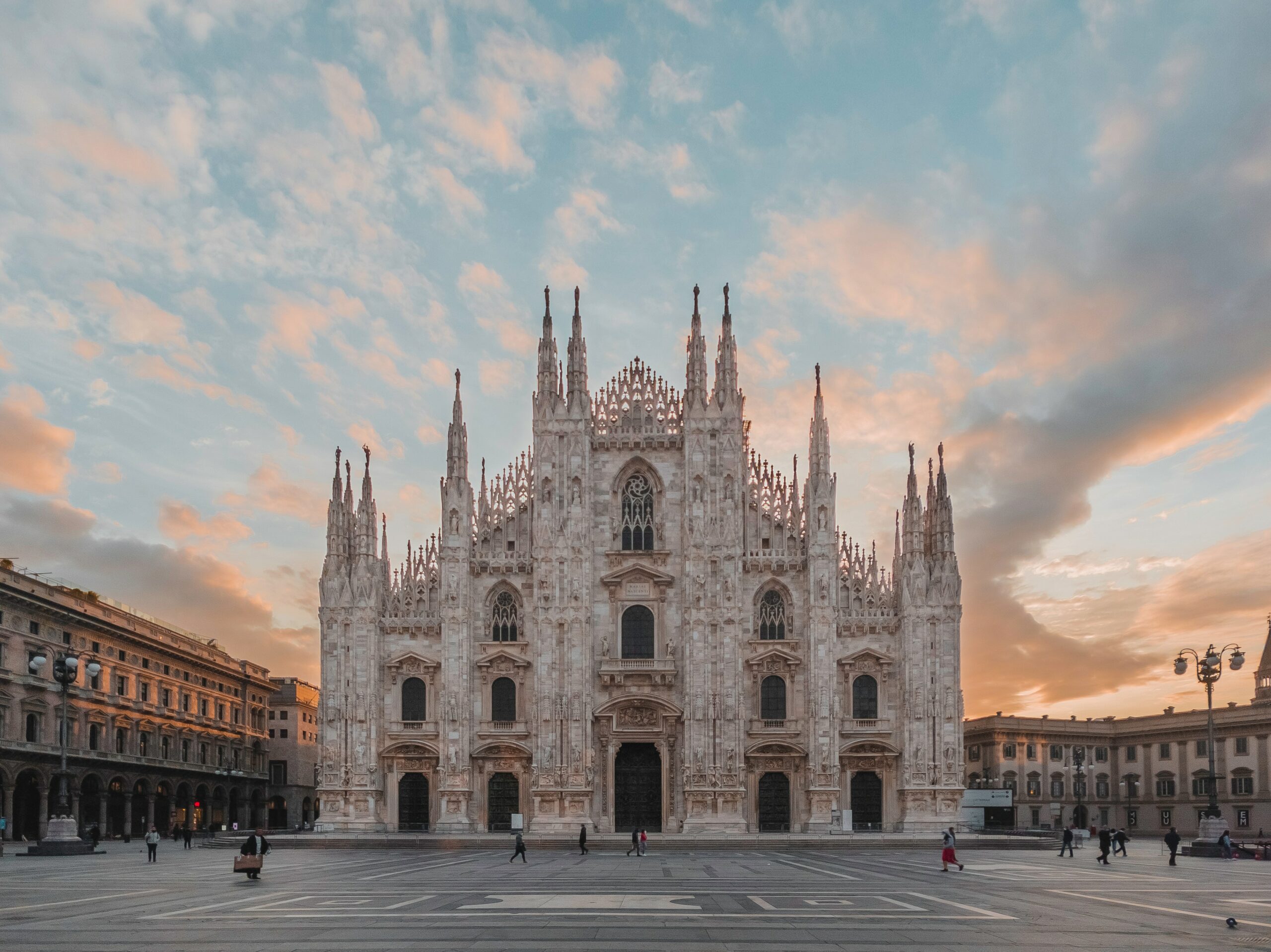 Milan has the second largest population in Italy (around 3.2 million inhabitants) and one of the biggest metropolitan areas in Europe. Since the nineteenth century, it is also the largest Italian center for publishing and media industries, as well as being at the top of the global musical and fashion circuits. The city is considered an international one, a place with cultural exchange, development of big businesses and that elicits continuous innovation. Milan is undoubtedly the financial fulcrum and the economic engine of Italy.

Where is Milan situated

Milan lies by the alps, at the north of Italy, and it’s the capital of Lombardy. The city is located to the south of Como and of Switzerland, to the east of France and west of Bergamo. The inland city of Milan, situated 122m above the sea level, is bathed by 5 rivers: Lambro, Olona, Ticino, Seveso e Adda.

What to see in Milan

Milan is known for being the economic capital of Italy, but it’s also one of the international capitals of fashion and design. It is also the headquarters of some of the most important Italian universities.

Milan is also part of the main path that connects Italy to the rest of Europe, which makes Milan a place rich in cultural exchange and inspiration. Hardly one does not find what one looks for in Milan: from food to culture, passing by sports and art, this is a city that finds a way to please and spoil everyone.

The most important monument for you to see in contemporary Milan is its Cathedral, il Duomo, a triumph of gothic architecture and one of the largest churches in Europe. There are also a number of palaces. The most well-known of them is the Palazzo di Brera. Inside its walls there is one of Italy’s largest photo galleries and Braidense National Library.

Sempione Park is the perfect spot for nature and open-space sports lovers. When it comes to museums, you don’t want to miss the Civico di Storia Naturale and the Modern Art Gallery. Il Teatro alla Scala is also one the city’s jewels, hosting concerts of international importance.

Talking about things that can delight the palate, the famous Navigli are the ideal places to taste an evening aperitif in good company. There are also many places, open-air or not, with a romantic atmosphere.

You can even find a vast number of foreign cuisines, like Chinese, Japanese and Thai restaurants, as well as refined restaurants of typical Italian gastronomy.

What to see in Milan’s surroundings

In the north of Milan you can find two of the most romantic lakes of Italy, Lake Como and Lake Maggiore. From Milan you don’t need a car to take a day trip to one of these two beautiful places. You can just board a train of the LeNord railroad company and you’ll reach the lakes in no time. It is also possible to take a boat tour to enjoy even more of the beauties hidden around them.

Monza is also another beautiful city, where you can find the Royal Villa in neoclassical style and the National Racetrack of Monza. For the wine and landscape lovers, definitely look for the Franciacorta region, an hour and a half away from Milan.