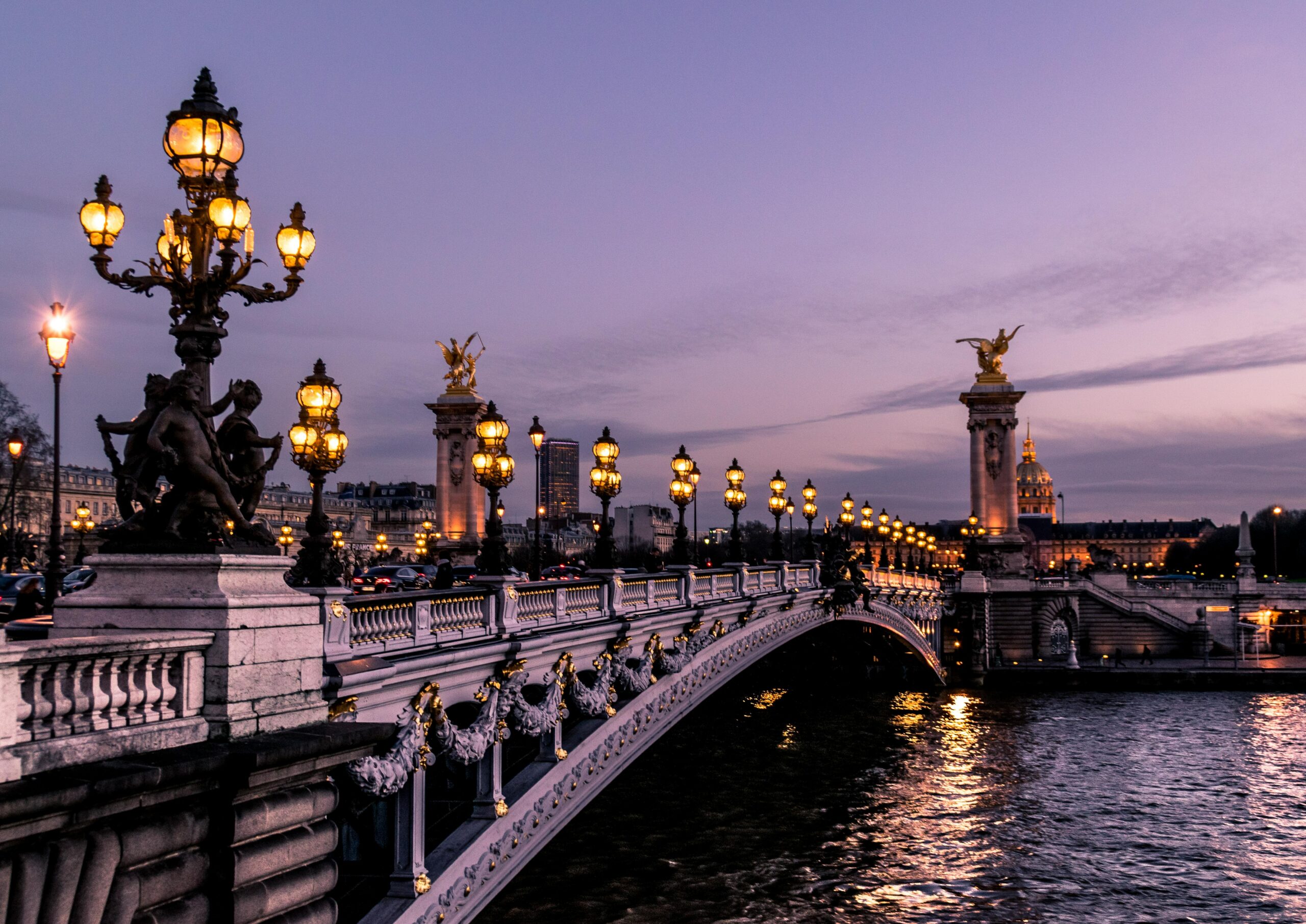 Culture, gastronomy and well-living in the city of lights

Paris has many museums, famous monuments, dazzling neighborhoods and places to stop for a coffee on the terrace.

The city has around 2,3 million inhabitants on an area of 106 km². The altitude is between 28 and 131 meters. It is a city with a large population, with nearly 22,000 inhabitants per square meter. Paris attracts many foreigners, it is an international and cosmopolitan city.

A guide to the city of Paris

Capital of France since the Middle Ages, Paris is considered the “City of Light”, not only because of its many flamboyant lights, but also because of its political and cultural influence. In addition, it is a city where we always party. Paris is THE most touristic city and attracts visitors from all over the world.

But Paris is also a cultural city that never stops. From the café on the terrace where you can stay for hours as Parisians are used to, to the dinner in a lively bistro, from the stroll on the quays of the Seine or in the Tuileries garden to the gym class on a barge, from the museum visits to the flea markets: the city is full of eclectic activities and happenings intended to contribute to the influence of the country and to the expectations of the numerous inhabitants and visitors.

Parisians are particularly fond of theater, opera and concerts.

Major sporting events and matches of all kinds are very popular, bringing together and uniting the people of Paris in the prestigious stadiums of Charléty, Parc des Princes or on the site of Roland Garros, hosting the international tennis tournament of the same name every year.

Paris has prestigious monuments such as the Arc de Triomphe, the Louvre Palace, Notre-Dame Cathedral, the Eiffel Tower or the Sacré Coeur.

Visitors and residents alike can be found in the capital’s great museums, first and foremost the Louvre, but also the Musée de l’Impressionnisme, the Musée Picasso, the Musée d’Art Moderne de Beaubourg and the Fondation Louis Vuitton.

Some buildings are specific to Paris, such as the Haussmannian apartments, the busy shopping streets of the Grands Boulevards, the cafés with their typical furniture, the quays of the Seine or the department stores of the 9th arrondissement.

Among other districts, Montmartre seduces with its murals and cabarets, République for its improvised dance contests, Saint-Germain-des-Prés for its art galleries and jazz clubs, Belleville for its street-culture and its lively bars at dusk.

There is also a typical Parisian street furniture, immediately associated with the city, generally of bottle-green color as :

The area around Paris has many castles, such as Versailles, Fontainebleau, Rambouillet, Compiègne, Vaux le Vicomte or Vincennes, all located in lush countryside and very pleasant for those who wish to escape the hectic pace of the city for the day or a few days. Attracting history and architecture enthusiasts, the area surrounding Paris is a popular destination for visitors. The exceptional environment and the art of classical gardens with its hectares of perspectives, its groves and its fountains are among the typically French discoveries and favorites of the curious from all over the world.

Parisians also like to enjoy the sea on the weekend. It takes less than two hours to get to the Normandy coast where various places, offering calm and space, are very popular with Parisians looking for rest, such as Honfleur, Deauville or Trouville.

Luxury vacation destination since the 1800’s, the region is known for the great casino of Deauville, the golf courses, the horse races or the American Film Festival. Deauville’s large sandy beach is bordered by Les Planches, a famous boardwalk dating back to the 1920s with its beach cabins. These towns have the advantage of offering both peace and quiet and chic boutiques and restaurants.

Rich in tradition and a true refuge during the various confinements of the health crisis, Brittany is also the rendezvous of many inhabitants of the capital and sees crowds flocking especially in the summer, seeking to meet with family or friends. Saint-Malo, Rennes and Vannes are the great favorites.

Among the Parisian heritage, marked in its identity by a singular art of living, simple and sophisticated at the same time, we will note the culture of luxury among which the Haute couture, the fashion and the art of the jewelry, centralized around the place Vendôme.

We will not fail to mention the covered markets, the gastronomy and the numerous wine shops promoting the French wine culture, the shopping strolls in the Marais, the horse races in Vincennes, the cinema previews and the stand-up comedy or philosophy theater scene.

Finally, there is the unmissable tradition of the July 14th  festivities with its parade, fireworks and dancing balls, making the national holiday one of the most magical moments that the capital can offer.