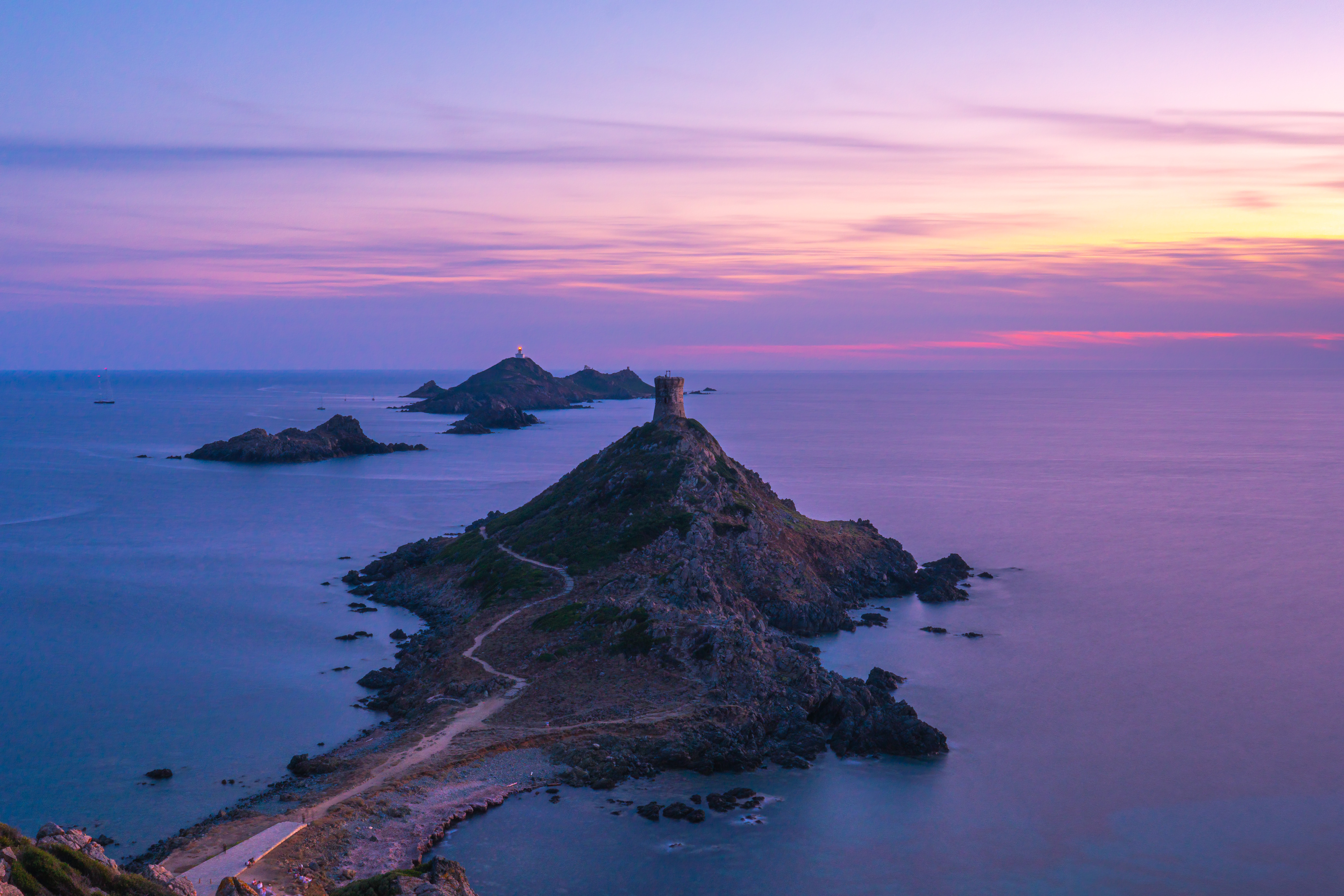 Stunning views and fresh seafood by the Mediterranean sea.

Where is Ajaccio, in Corsica?

Ajaccio is a French city located in the Corse-du-Sud region. Capital of Corsica, Ajaccio has a privileged geographical position being located on the west coast of the island. The city is bordered by the Mediterranean Sea, extending on the northern shore of the Gulf of Ajaccio, between the Gravona and the Pointe de La Parata, including the Sanguinaires islands. Its surface area covers 82 km².

Ajaccio is the largest city of Corsica with 71 361 inhabitants officially recorded in 2019. The number of inhabitants has risen sharply over the last few decades due to the rural exodus and the settlement of immigrants of Sardinian, Italian, Portuguese, French and North African origin. The city of Ajaccio is at the center of an inter-municipality comprising ten districts, bringing an economic, cultural and tourist dynamic to the whole city.

Guide to the city

Ajaccio is a dynamic city, contrasting with the more deserted and wild parts of the island. Tourism, fishing and trade are the main sectors of activity. The unemployment rate is lower than the national average as there is a strong employment dynamic.

Ajaccio’s economy is heavily dependent on tourism, particularly seaside tourism, which is in full swing during the summer months. With about twenty kilometers of coastline, the city of Ajaccio has many beaches, some of which have been developed to promote a full range of activities and services. Cruise ship tourism is also highly developed in Ajaccio. The long term vision is for the city of Ajaccio to become the leading French cruise port after Marseille. To further this vision, the municipality of Ajaccio is also driving improvements in the business tourism sector.

The fishing sector also plays an important role in Ajaccio’s economy. The fish market and the market in Abbatucci square offers fresh products and regional specialities on a daily basis.

Concerning culture, the city of Ajaccio, with a history dating back to the 16th century, has many historical monuments. Religious heritages such as the Santa Maria Assunta cathedral and civil heritages such as the Borgu make the reputation of the city of Ajaccio. Additionally, Ajaccio is known as the birthplace of Napoleon Bonaparte, therefore many monuments have been erected in his honor. For example, the house where Napoleon I was born and lived in, is now a national museum: the Museum of the House of Bonaparte, making his character a part of the cultural identity of the city.

With a Mediterranean climate, the city of Ajaccio is sunny almost all year round. The summer is hot and temperate. As for the winter, it is mild and sometimes rainy. The climate makes it very attractive to live in Ajaccio.

The city of Ajaccio, similar to Bastia, is the economic, commercial and administrative center of Corsica as a whole. Different kinds of markets liven the city center every day. Shopkeepers proudly display fresh products and regional specialties, delighting locals and tourists alike.

Cultural events and festivities are clustered in downtown Ajaccio and on the road leading to the islands. Ajaccio hosts the only casino in Corsica as well as cinemas, bars, discotheques and many other places of interest, which mainly operate during the summer.

Ajaccio, Corsica: what to do

There is no lack of tourist attractions around the city of Ajaccio. The city itself is a tourist site because of its unique architecture, its heritage and the way of life of the Ajaccians and their dialect. You can rent electric bikes to tour around Ajaccio and its surroundings without difficulty. Places of interest such as the National Museum of Bonaparte House, Santa Maria Assunta Cathedral, Bonaparte’s cave and Austerlitz Square and the many others in the area are must-see sights. Take a boat trip to fully enjoy the beauty of the gulf,  making sure to enjoy other activities like diving and hiking.

The Pointe de La Parata, labeled a “Grand Site de France” is breathtakingly beautiful, offering an awe-inspiring panorama of the magnificent Sanguinaires islands. Located only a few kilometers outside the city center, visiting the Grand Site of La Parata is one of the must-do excursions in Ajaccio.

The city of Ajaccio has a well-developed public transport network. The Muvi Strada network offers a service of 15 urban lines and eight suburban lines. To facilitate the movement of people with reduced mobility, the city of Ajaccio has set up the Multistrada+ network, a transport on demand service for people with reduced mobility going from stop to stop on the entire urban network.

The city of Ajaccio is served by the Ajaccio Napoleon Bonaparte airport, an international airport that connects the island to several destinations, notably in mainland France and Europe. Home to Air Corsica, the Corsican airline, the airport plays an important role in promoting tourism in the city. The airport can accommodate more than one million passengers per year. It is located just 20 minutes from downtown Ajaccio. Buses connect the city center and the airport every hour. Rental cars and cabs are available at any time.

The Corsican railways connect Ajaccio’s train station to Corte, Bastia and Calvi,  other cities on the Island of touristic interest.

As a port city, the port of Ajaccio plays an important role in supporting the mobility of Ajaccians and visitors in the interest of the island’s ecosystem. Three shipping companies, namely Corsica Línea, la Méridionale and Corsica Ferries link the port of Ajaccio to Marseille, Toulon and Nice on a daily basis. Seasonal connections also exist between Sardinia, Calvi and Propriano, all well known and  popular Italian tourist spots.